COVID-19: Our team has implemented changes to be compliant with CDC guidelines and are currently making/keeping appointments to see patients who are not running a fever, do not have a dry cough, and are not suspected to be infected. As we continue to follow our state board as to the role of chiropractors in the current pandemic, keeping safety of our patients and staff top priority, we thank you for understanding this is subject to change.
Reducing the Pain of Fibromyalgia Through Natural Methods Skip to content

Reducing the Pain of Fibromyalgia Through Natural Methods

Reducing the Pain of Fibromyalgia Through Natural Methods 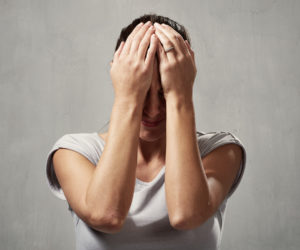 You or someone you love may suffer from the debilitating effects of fibromyalgia (FM). This condition seems to plague more and more people. Let’s take a look at what it is and where relief can be found. What are some quick facts you might want to know about fibromyalgia?

Fibromyalgia is a complicated pain disorder that causes its sufferers to feel widespread aching pain throughout the body and tenderness to even light touch. Along with the other symptoms of FM, pain and tenderness come and go over time, sometimes on the same day or week. Fibromyalgia has a negative impact on people emotionally, physically, and socially. When you literally translate the word fibromyalgia, it means pain in the muscles, tendons, and ligaments. It has many more symptoms, though, and varies greatly from person to person.

Symptoms of FM vary in severity. The most common ones are:

Healthcare providers diagnose FM based on a combination of symptoms, how the person feels (fatigue, functionality, tenderness), and overall well-being. Conditions that exhibit similar symptoms may have to be tested for in order to rule them out. This can include lupus, thyroid hormone resistance, and rheumatoid arthritis.

It may seem to you that fibromyalgia is a relatively new illness. Would it surprise you to learn it has existed for centuries? Our great-grandmothers who suffered from symptoms of FM were most likely diagnosed with rheumatism. In 1904, Sir William Gowers gave a lecture to doctors in London, England and first used the term fibrositis to describe the symptoms of soft tissue rheumatism. The word fibrositis indicates that inflammation is present. This was later discovered to not be the same inflammation that is found in arthritis. In 1976, the “itis” was dropped and fibromyalgia syndrome was adopted as the new name for this condition. Syndrome was added because it has so many symptoms and a syndrome compiles these into one condition. In the late 1990’s, fibromyalgia was used without the term syndrome following it. Although fibromyalgia is now very familiar, the medical community is still stumped as to why it happens and how best to care for it.

As mentioned earlier, FM remains a mystery among the medical community and researchers. However, there are always new finding coming out, and scientists are ever closer to understanding this debilitating illness. Most researchers agree that fibromyalgia is a disorder of the central processing system in the brain, involving neurotransmitters and neuroendocrine dysregulation. The patient has his or her pain amplified because of the abnormal sensory processing of the central nervous system. Some reasons for this can be low levels of blood flow to the thalamus and increased levels of substance P in the spinal cord. Genetic factors have also been seen to play a role. It seems in many patients the onset of FM comes after an illness or injury causing trauma to the body. Further research is being done to see just what causes the central nervous system to malfunction. However, this may already be known. A case study shows an interesting development that just may hold the answer to this problem.

A 32-year-old woman suffering from extreme fatigue, pain, and depression was diagnosed with fibromyalgia. She experienced a rapid decline in her overall health and vitality. After two years, she began to see an upper cervical chiropractor. Upon examination and taking an in-depth look at her patient history, it was discovered that she had a misalignment in the bones of her upper cervical spine. She was adjusted 8 times over the next 6 months to keep her bones in proper alignment. She began to see an improvement after her very first visit. By four months she noted that her symptoms were gone. After her care was completed, she was happy to report that her fibromyalgia had completely gone away and had not returned.

One reason for the central nervous system to malfunction can be the fact that the bones of the upper cervical spine may be putting pressure on the brainstem if they are out of alignment. Rather than protecting the brainstem as they are designed to do, a misalignment causes them to negatively impact its function. This can lead to improper signals being sent to the brain. If the brainstem tells the brain there is pain when there is no pain, FM can be the end result.

Here at Dr. Corinne Weaver’s office in Indian Trail, North Carolina, we use a similar technique as the one in the case study and we often see similar positive results. Why not come in for an evaluation?